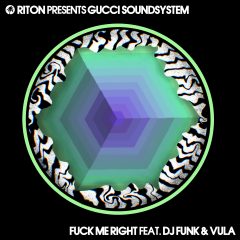 “Henry (Riton) and I first met DJing around east London. After running a basement club and putting out a few tracks together, we decided to get back on the Gucci Soundsystem horse. Now we’ve been able to collaborate with DJ Funk, who’s absolutely God tier, so it’s all going right off!” – Ben Rymer, one-half of Gucci Soundsystem.

The single begins with Vula’s enchanting vocals, the likes of which open into rapid kick-hat combos. A funky, guitar-like bassline swiftly complements proceedings, as 4×4 drum patterns march on to create that four-to-the-floor feel. It’s an outright party anthem – as to be expected from Jamie Jones’ flagship imprint – but one that retains a soulful underlying groove courtesy of DJ Funk and Vula’s signature contributions.

Riton is a globally-recognised artist in today’s music world. Crossing the bridge between contemporary pop and underground electronic music, the renowned British producer received a Grammy nomination in 2017 for one of the year’s biggest singles: Rinse & Repeat. He followed this up by winning a Grammy Award in 2019, for his production work on Silk City (Mark Ronson & Diplo) and Dua Lipa’s Electricity. Since then, Riton has continued to work with some of the industry’s most iconic talents, including Kylie Minogue, The Chemical Brothers and Gorgon City to name a few.

Ben Rymer has been a stalwart of London’s club scene for decades. One half of Gucci Soundsystem and formerly a part of The Fat Truckers, the likes of whom toured with Jarvis Cocker’s rock band Pulp, Ben’s club history boasts performances across some of the scene’s most respected night time venues, including Fabric, London and Space, Ibiza. 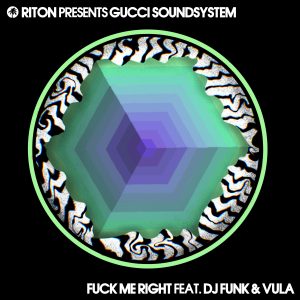