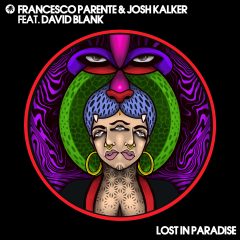 Italian artists Francesco Parente and Josh Kalker team up with vocalist David Blank as they get set to release Lost In Paradise on Hot Creations. Upcoming UK producer Wheats is also onboard to deliver a solid remix.

“’’Lost In Paradise’’ is the title of the hard work we did during lockdown. We wanted to create a song capable of uniting all the passion that we have for this magnificent job. For us, reaching the top of Hot Creations is more than a goal, we have grown musically with the releases on this label.” – Francesco Parente & Josh Kalker

An infectious bassline entices you from the start on Lost In Paradise, as the uplifting chords and sensual tones of David Blank’s vocal make an invigorating and euphoric ride for the dancefloor. On the remix, intricate drum patterns set the pace. Minimal undertones bubble throughout, as the track unfolds with hypnotic vocal cuts, leading to a buildup that will be sure to make the crowd erupt.

Francesco Parente started producing at the age of sixteen and soon received support from the most respected artists in the underground scene like Nicole Moudaber and Marco Carola. In 2017 Francesco started playing in the famous clubs in his region followed by international bookings and support from his mentor Loco Dice, leading to releases on labels like Rawtentic, CUFF and HOTTRAX. Josh Kalker is influenced by the house and techno of the 90s. Since working full time in the studio and DJing in Europe, Josh has had the opportunity to release on labels such as La Pera Records, Nervous, Lost, Roush, Safe, Cryminal Hype, and many more. His music is supported by heavy-weights including Marco Carola, Loco Dice, Wade and Michael Bibi.

Wheats has become one of the most exciting new artists, sitting at the forefront of the UK’s surging wave of rising DJs and producers making an impact on the global scene. Releasing cuts on Hottrax, Kaluki, Circus and Solid Grooves, Wheats enjoys the backing of some of the biggest names in the underground scene.

A Lost In Paradise

B Lost In Paradise (Wheats Remix) 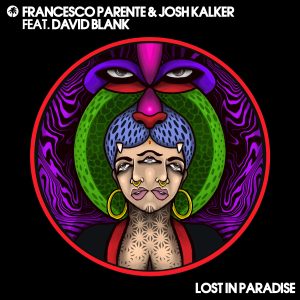