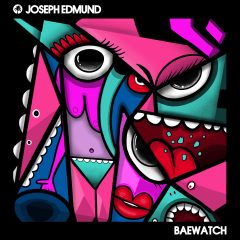 Rising star Joseph Edmund is back onboard Hot Creations with the insanely infectious two-track Baewatch, which follows his debut release Dreams To Reality, which dropped on the label in 2019. At the tender age of twenty-five, 2021 is set to be the breakthrough year for this promising producer.

Spearheading the new wave of up and coming artists, Joseph has already proved his worth with a titan of support from some of the industry’s biggest and most respected DJs, such as Jamie Jones, The Martinez Brothers and Marco Carola. Delivering arguably one of his strongest releases to date, the funky cut Baewatch is irresistibly grabbing, with catchy vocal stabs and an overall nod to the earlier days of dance music. Aphrodites is a moodier yet bouncy affair that stimulates the senses intensely, with a highly infectious bassline and trippy FX.

“At the time of making Baewatch I was listening to a lot of older dance music and that sound has always really resonated with me, the old machines and big drum sounds really slap when you play them out. I wanted to take some of that influence but give it my own groove and style on top.. and Baewatch was born! Aphrodites is a more stripped back, which fell together from messing with different sounds from my moog.” – Joseph Edmund

Since originally making waves in 2019 with his first release on the iconic Hot Creations, Joseph went on to secure his first No.1 on Beatport with the massive release Lose your Body on Whippin’ in early 2020. Joseph’s unique sound makes him unquestionably one to watch in the coming years, with an arsenal of unreleased tracks being sent out to key labels for the remainder of 2021 alongside confirmed shows at We ARE FSTVL (Paradise Stage), BPM Festival, Kaluki Summer Sound System, The Warehouse Project and many more. 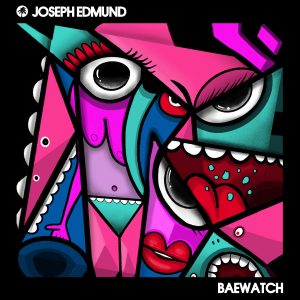