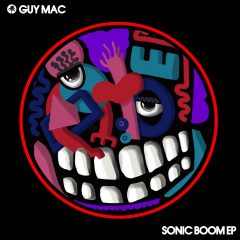 Rising UK-talent Guy Mac makes a much-anticipated debut on Hot Creations in January with the Sonic Boom EP. Made up of three original tracks, the release acts as both Guy’s and the label’s inaugural release of 2022.

Guy discussed how the EP came to fruition, stating: “Sonic Boom was the result of a late-night studio session in lockdown 2020, experimenting with different sounds. The inspiration was to create something with the euphoric energy we were missing out on, given that clubs were shut at the time. Massive thanks to Jamie Jones, Lee Foss, and everyone at the label for the opportunity.”

The title track kicks off proceedings in an outright party fashion, as rampant kicks lay beneath up-tempo hats to set the tone. Reverberating vocals bounce alongside driving synth lines, before we’re soon graced with the stripped-back sounds of Waku Waku. Tribal-laced percussion opens into pulsing, space-like samples, whilst the enthralling chant of “waku waku” shimmers softly throughout. Rounding off the EP is Don’t Stop, another no-nonsense, late-night cut packed full of 4×4 drum patterns that perfectly encapsulates Guy’s hard-hitting, club-ready sound.

An artist making continuous strides in the house and techno space, London-based DJ and producer Guy Mac is an exponential contender for most, if not all, ‘ones to watch in 2022’ shortlists. His work has found a home on some of the industry’s best-known labels such as Sola Nauts, Under No Illusion, Armada Subjekt, Glasgow Underground, SK Recordings and more. Outside of the studio, Guy has also made a significant impact on his clubland presence, with bookings at Ministry of Sound, Egg London, ADE and Miami Music Week parties representing a handful of his most notable highlights. 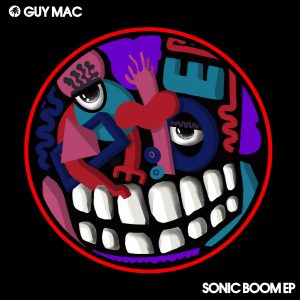