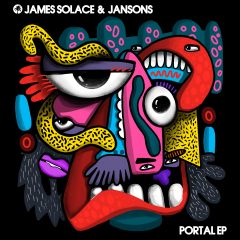 Two of the UK’s most talked about producers will be releasing their maiden collaboration on Hot Creations this May, as James Solace and Jansons team up on the Portal EP. The three-tracker marks James’ return to the label, fresh from the sensational Mind Music last year, whilst Jansons makes his full release debut having remixed Ben Sterling’s Fantasee in 2019.

The pair described how lockdown fuelled their creativity, as well as how their musical influences shaped the EP: “We had been planning to get in the studio together for a while and lockdown was the perfect opportunity to collaborate on a project. We’re both influenced by all kinds of house music and this EP really shows that.”

Portal sets the pace, as punchy kick-hat combos converge on shimmering synth stabs throughout. It’s a club-ready cut, taking us deep into heads down hands up territory with rhythmic claps and writhing percussion. Ba Dah Be Dah continues the late-night feel, marrying echoing vocals into a tough, low-slung bassline whilst tribal drum patterns stomp in the background before 54 brings things to a feel good close. It’s a summer anthem through and through, packed to the brim with warming keys and plenty of funk inspired rhythm.

Whether it’s releasing stripped back house under his Burnski alias or hard edged 2-step via his Instinct moniker, James Burnham AKA James Solace has become a UK-mainstay over the years. James Solace is the latest incarnation in Burnham’s story, one that has seen him release on several of the scene’s foremost labels including Hot Creations, Knee Deep In Sound, Last Night On Earth and many more besides. Jansons is swiftly cementing his standing as a leading talent in contemporary electronic music. A prolific producer, his back catalogue boasts releases on Circus, Knee Deep In Sound and Four Thirty Two to name just a few, whilst recent mixes for BBC Radio 1 have placed him as a firm favourite in the UK spotlight. 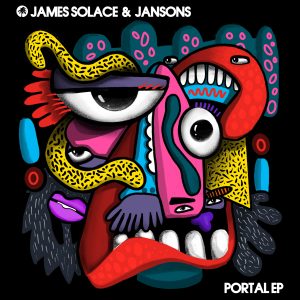