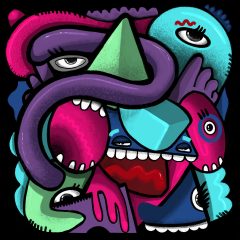 Solid Grooves favourite Blackchild is the next to land on Hot Creations with the Groove Dealer EP. The three track release serves up heavy-duty club rollers, moulding Blackchild’s early influences with a contemporary flare.

Title track Groove Dealer kicks off proceedings with a heavy sub-bass and chopy hats as melodic brass tones add the key ingredient. Siempre is next up, following suit with elevating brass notes, punchy percussion and dreamy synths. Rounding off the EP, Inmydreams is a deep and dark cut built for the late night hours, ignited by the blissful and hypnotic vocals. Blackchild reveals that “this upcoming EP on Hot Creations represents exactly what my sound is. The inspiration for these tracks come from all the old Jazz and Motown records I used to listen to growing up, with a modern Blackchild touch.”

Originally from a small island in the gulf of Naples called Ischia, Blackchild is the artist name for Italian artist Gennaro Filisdeo. Heavily influenced by his father‘s record collection, he grew up listening to Hip-Hop, RnB, Disco and old school House music. He began to produce at the age of eighteen, but it was in 2019 that Blackchild joined the Solid Grooves roster, which led him to play at statement venues and festivals such as Printworks London, Auditorium Torremolinos Malaga and ADE Festival. 2020 saw chart success with his track Sexy Thing going straight to #2 in the Beatport Top 10 Tech House Chart and #5 in the Overall Top 10 Chart. 2021 looks set to continue in the same direction with a busy release schedule on the way.

A1 Groove Dealer
B1 Siempre
B2 Inmydreams 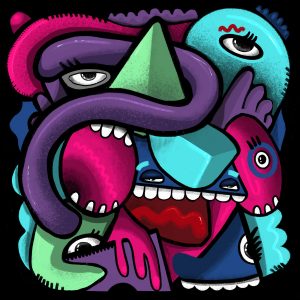