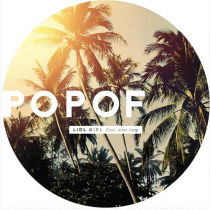 House music legend Kerri Chandler has produced a prolific body of work since his first release in 1991. He serves a classic slice of house music with intricate percussion and solid groove, while Magda offers a stellar version where quirky beats and spacey stabs are the serve of the day. Carl Cox is a true veteran in the industry at the top of his game with a worldwide radio show and immensely successful residency at Space in Ibiza. Masterfully he spins the original into a rolling techno beast for those peak time hours.

Shaun Reeves & Tuccillo delve deeper for their remix with penetrating atmosphere flowing across a punchy groove. The pair released their first collaboration on Visionquest last year and have since been working in the studio together on various forthcoming projects.