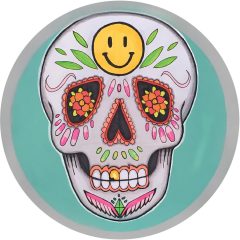 Canadian Paolo Rocco kickstarts the New Year with his Judgement EP on Hot Creations. The first release of 2017 is an international affair, with Manchester born Trevino and one of the most spoken
names of last year, Greece native Detlef on remix duties.

“An artist can sometimes become wrapped up with other people’s judgments. People will always judge you; and this record is a reminder that those judgments should not matter”. Paolo Rocco
Initially making a name for himself through his DJing skills back home in Montreal, Paolo’s productions entered the market in 2012 with instant international support. His releases on Real Tone, One Records, Saved and others were all met with high acclaims as were the compilations he mixed for Defected and Get Physical. The creation of, ‘Judgement’ and ‘That’s It’ prove Paolo truly understands what works on the dance floor.

2016 saw Detlef reach new heights whilst also debuting on Hot Creations with his ‘Kinky Tail’ EP. He returns to
the label with a devastating edit of ‘Judgement’ and his rolling signature sound.

Trevino aka Marcus Intalex ramps up the EP with his remix, centred around shimmering high hats and a freaky groove. A champion of how a DJ can achieve success in two different genres, Trevino has released on several of the most praised drum & bass and techno labels for a number of years.