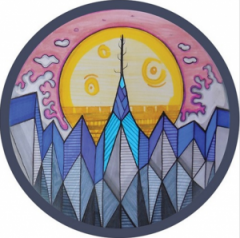 “How would acid vocal House for Berghain sound?” is the question Rydim asked himself when tweaking the heavy acid line on his modular synth. After hearing the track it’s undeniable that he’s answered it.

German born Rydim has been stirring up dance floors and releasing records since 2002. His music covers house, techno and everything inbetween under a variety of pseudonyms. His tours have included the most prestigious clubs such as Berghain, Watergate, Womb and Trouw amongst many.

Vocalist Paris Brightledge is renowned for his releases on DJ International in the 1980’s, the anthem with Sterling Void ‘It’s Alright’ and most recently for his work with Paranoid London.

Following releases on Drumcode and his own label ‘B.K.R Projekt’ and ahead of upcoming releases on Whistleblower and Fina White, B.K.R joins the mix offering up his more stripped back and timeless techno sounds.