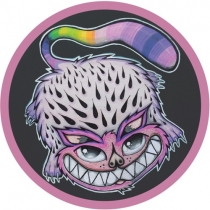 One of the most exciting up and coming artists of recent times, Detlef makes his debut on the mighty Hot Creations with his ‘Kinky Tail EP’ featuring three jacking bombs plotting a riot on the dancefloor.

In a short space of time Detlef shot into the limelight with releases and remixes for well-respected labels including Knee Deep In Sound, Moon Harbour, and Defected. Equally at home behind the decks as he is in the studio, the unique party vibe that he brings to his live and DJ sets quickly earned his place as a regular VIVa Warriors resident.

Often billed on the same line-up with industry giants and with releases and remixes forthcoming on Edible Records, Hot Trax, Emerald City and Moon Harbour, Detlef is definitely one to keep an eye on.