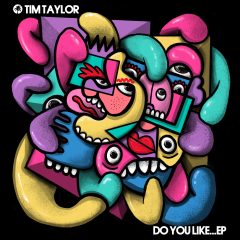 Rising British house producer Tim Taylor makes his debut on Hot Creations this May with the four-track Do You Like…EP. The release continues a standout 2021 schedule for the young talent that has seen him deliver on Deeperfect Shift already this year.

Tim described the inspiration behind the release, stating: “For the entire EP, I was thinking what would sound cool if it was played live by Jamie. I have always loved the darker, funky music he plays and it inspired me massively for this EP.”

Do You Like sets the pace, pairing prominent kicks with a spiralling acid-twinged bassline. Check It soon arrives, taking on a deep-tech-inspired feel with pummelling drum patterns before Scratch strips things back, featuring subtle hats and minimal-tones throughout. Vibrate brings things to a close, a late-night dance floor number that showcases the up-and-coming Brit at his best.

Tim Taylor has taken the UK electronic music scene by storm in recent years. At twenty-one years old, the young upstart has already landed a Beatport top 10 placing thanks to his 2018 release Everybodies Talking. His edit of Michael Jackson’s Billie Jean has amassed more than three million plays online, whilst performances at clubbing institutions such as London’s 93 Feet East and Manchester’s Gorilla have helped propel him into the UK spotlight. Backed by an array of well-established talents in the contemporary dance sphere, including Jamie Jones and Michael Bibi, 2021 looks set to be Tim’s biggest year yet with a soon-to-be-announced UK tour. 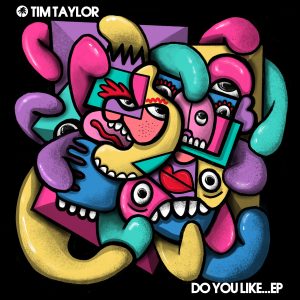