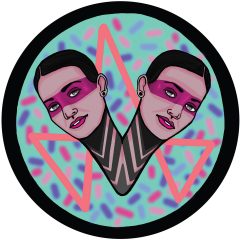 Amsterdam based Luuk van Dijk is welcomed into the Hot Creations fold this July with his heavy-hitting Parallax E.P. Chicago production wizard DJ Skull is also on board to rework the B-side.

Title track Parallax is set to cause a serious stir at festivals and clubs alike this summer. The smattering of high-hats elevate the track as the space-like beeps and blips add another facet. On the flip, Dimension applies an ominous vocal stab as the bass rumbles — perfect for low ceiling basement raves. On the remix, DJ Skull adds a touch of Chicago class via some softer vocals, dubby chords and a pounding bass. At the tender age of 22, Luuk van Dijk has been signed to acclaimed labels such as VIVa Music, Roush, Food Music, Sanity and Lost Records. Championed by stalwarts such as Steve Lawler and Eats Everything, he has taken his sound to some of the world’s most prestigious events.

Ron Maney aka DJ Skull became known for being one of the first DJs to play the new sound coming out of Chicago, honing his craft at the infamous Music Box and Power Plant. Releasing records since the early 90s, he later launched his own labels Hypnotic Tones and Wax Candy Records. Recent releases have appeared on Chiwax, Domina Trxxx and Mentha Records.

A1. Parallax
A2. Dimension
B1. Dimension (DJ Skull Remix) 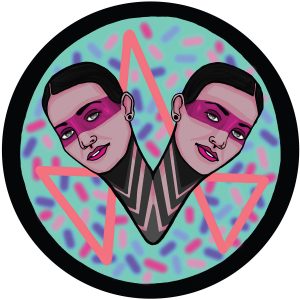