Mixmag described Phil Kieran as “one of those producers that impresses with every release” so it comes as no surprise that two music heavyweights have jumped on board for remix duty. Kieran accounts Flügel and Weatherall to both having a heavy influence on his career.
German DJ and producer Roman Flügel is easily one of the most revered names in the dance music spectrum. His take on ‘No Life’ is a masterclass in production. Flügel has created a track that is powerful whilst also superbly intricate. Flügel holds over twenty years of experience, extensively releasing on a number of labels whilst also co-founding Ongaku, Klang and Playhouse Recordings.

UK born DJ and producer maestro Andrew Weatherall remixes ‘Finds Love’ and reminds the listener of how beautiful electronic music can be. Combining cosmic layers with the ethereal vocal, this is a lesson in what a remix means. Weatherall has been experimenting with techno since the 90s, and well regarded as one of the world’s most influential DJs.
Kieran created a ten track narrative in ‘Blinded By The Sun’, inspired by his experiences in the industry. It was met with high acclaim globally and this remix package further imprints his vision on pioneering imprint Hot Creations. 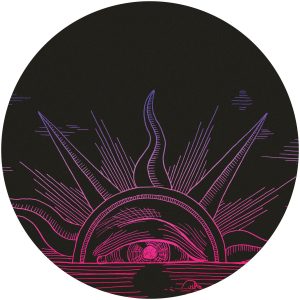